My name is Emily Duggan and I’m a third year marketing communication student. Throughout my time at The University of Canberra, I’ve been taught skills in copywriting, media analysis and planning, stakeholder engagement, and working as a part of a team. Outside of university, I do photography and videography, as well as volunteer as an adult helper with Girl Guides Australia. I’m looking forward to finishing university and putting my creativity and skills to the test in the workforce! 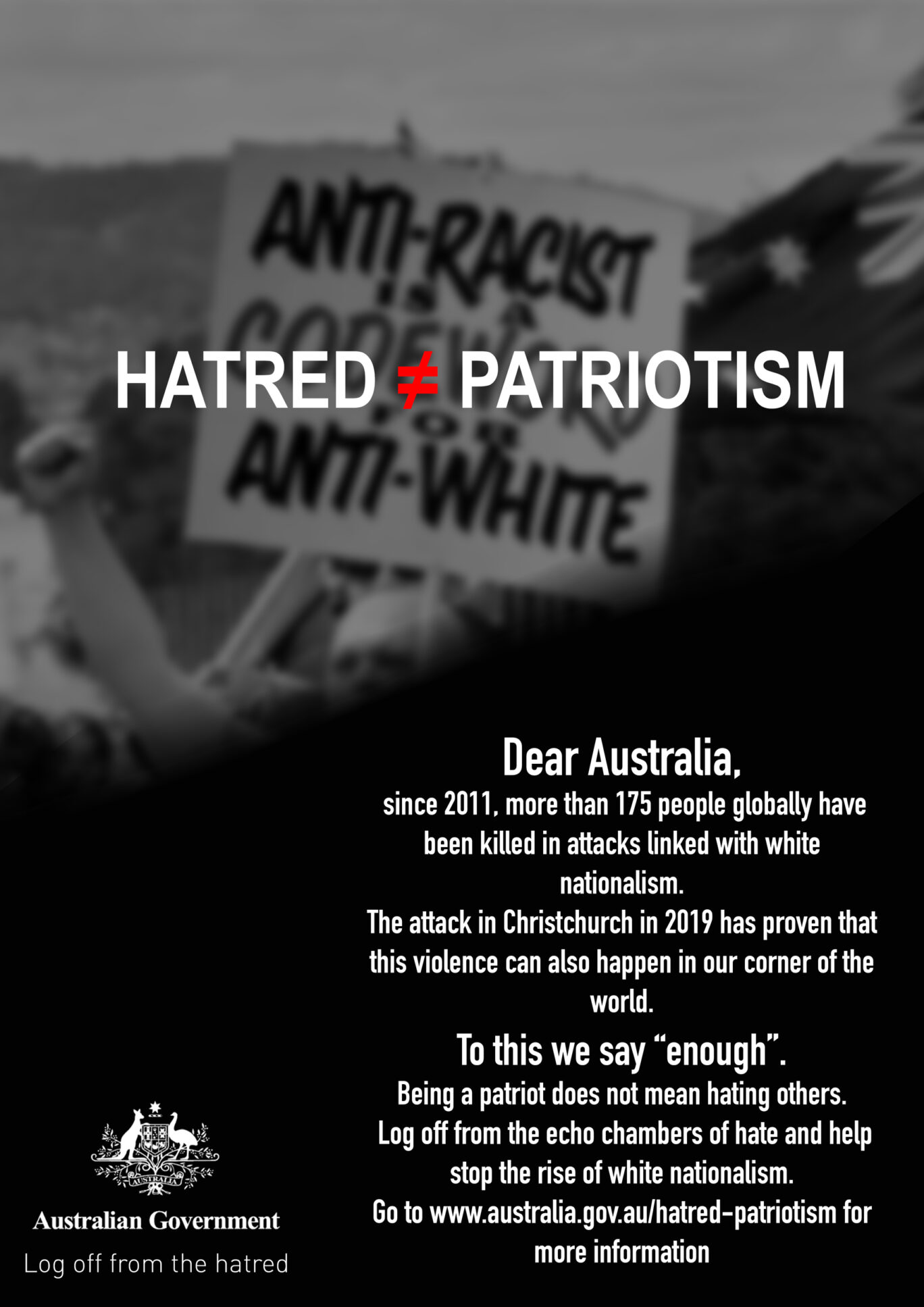 For this class, we were instructed to create a response to a specific event that fit with the theme of ‘Big Stories: Culture, Memory and Power’. Said events were momentous occasions such as the marriage equality yes vote, the tent embassy, Schools Strike for Climate and the Christchurch massacre. Out of the options given, I decided to create a mock ad campaign in response to the 2019 Christchurch massacre. During my research, every source I found cited that there was an increase in violence committed by white nationalists. I wanted my campaign to change behaviour and stop the violence before it started, targeting white working-class men aged 25-30 primarily. The headline reads “Hatred ≠ Patriotism” with the copy being “Dear Australia, since 2011, more than 175 people globally have been killed in attacks linked with white nationalism. The attack in Christchurch in 2019 has proven that this violence can also happen in our corner of the world. To this we say ‘enough’. Being a patriot does not mean hating others. Log off from the echo chambers of hate and help stop the rise of white nationalism. Go to www.australia.gov.au/hatred-patriotism for more information.” Finally the strapline reads “Log off from the hatred”. I wanted this campaign to be a mixture of emotional yet factual, as I felt too much emotion might take away from the message being told. This is the second print ad created for my Craft of Creative Communications class. This was another two person assignment. The brief for this assignment had us create an ad for ANZ's financial wellbeing program and encourage people to use it. We wanted the readers to know that checking up on your financial security shouldn't be difficult and is actually easier than expected. Our headline reads "Financial Security Should Be Easy As 1, 2, 3, 4." Our copy reads "Financial security doesn’t have to be hard. Let ANZ guide you through the process of checking in on your financial wellbeing, with our four easy tools. We can help you analyse your financial situation, lower fixed expenses, eliminate unnecessary expenses, and develop your emergency fund. Visit anz.com.au to get started today.” Our strapline reads “Live confidently, with ANZ”. We chose the visuals to be similar, alluding to our headline. We also chose this so we could easily adapt our print ad into a Facebook carousel ad. A rough draft of a print ad for Aldi's prices compared to other store's loyalty programs.

This is the first print ad created for my Craft of Creative Communication class. This was a two person assignment. The brief we were given instructed us to come up with an advertisement for Aldi's low prices being a better deal in the long run compared to other supermarkets' loyalty programs. We chose to show that Aldi's prices were better by having an X-ray look at a rewards card vs an item from Aldi, to show that the card was 'pointless' when compared to Aldi's selection. The X-ray vision also noted that Aldi was transparent with their customers. The copy reads 'Don't Need A Plastic Card To Know Our Prices Are Better' and our strapline reads 'Aldi. More in Your Pocket'. All of this is sketched up, but later submissions for this class are done in Photoshop. Together with my group member, we brainstormed how to make a clear message that aligned with our brief and worked off of each other 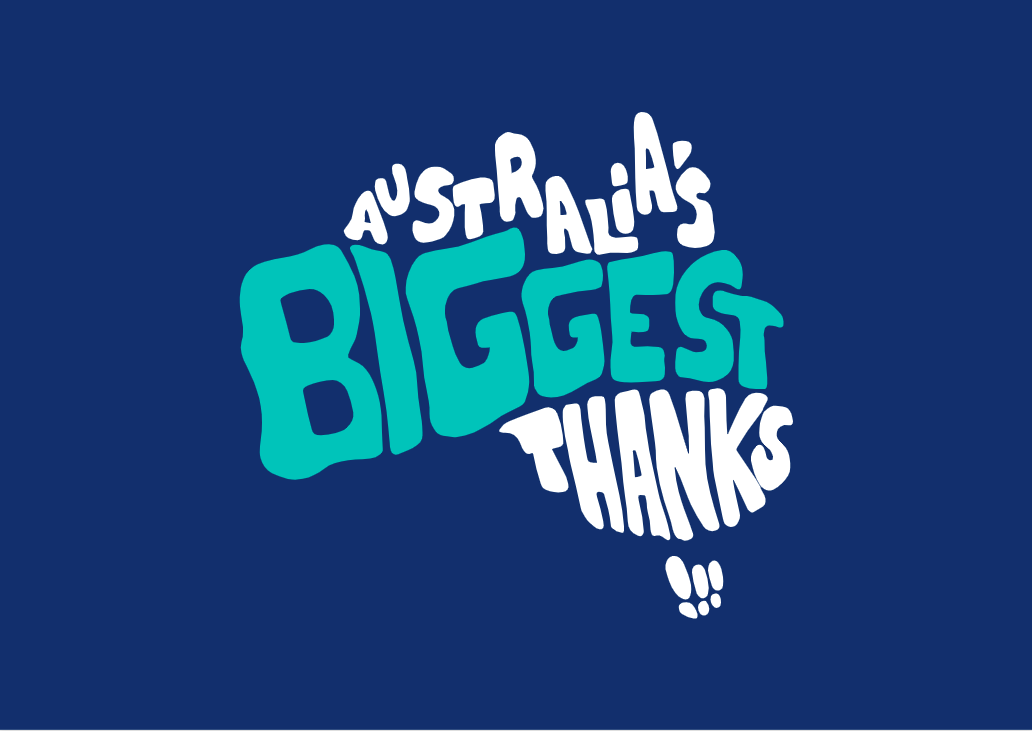 The group campaign created for Thank A First Responder Day

This integrated marketing campaign is a part of our Professional Evidence class. We are to work in groups with an actual client to produce a campaign for the University of Canberra's Comms Awards. We were tasked to create a campaign for Thank A First Responder Day 2022. We decided for the big idea of our campaign was to be 'Australia's Biggest Thanks', encouraging Australian's to take part in the biggest thanks and say thank you to their first responders. I was the lead writer for the project, so I made sure our copy was creative and sounded smooth, as well as contributing to our campaign report and checking with fellow group members to be sure we had the correct information before handing in our report to our client.