I am a recent graduate of the University of Canberra, with a Bachelor’s Degree of Communication and Media (Journalism), majoring in creative writing. I’ve had a love for writing ever since I was in primary school, from writing journals, to making my own magazines, to writing music, leading to my passion for writing poetry and storytelling.

I have been granted many amazing opportunities and experiences throughout my 3 years of study. I’ve had my own Greek youth hour radio show on CMS 91.1 FM, written articles for Out In Canberra and NowUC, write for The Greek Herald newspaper Sydney and interned with Capital Football Canberra and The Canberra Times.

I have loved every minute of my degree and can’t wait to further my skills and become successful in my chosen career path.

More of my work can be viewed in my portfolio below. 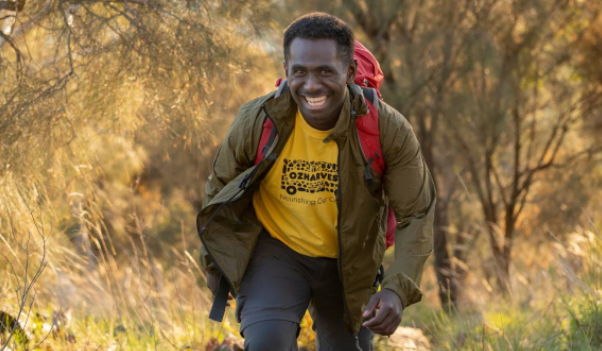 Joash Taufa'ahau is a born leader. A former school captain at Karabar High School, he loves taking on leadership and volunteering roles in his local community. ​And now, the 20-year-old Queanbeyan man is preparing for his next adventure hike, having already trekked over 1200km along the NSW coast, then to Queensland and Victoria. ​ He's already raised almost $7000 of his $10,000 goal for OzHarvest's Hike for Hunger. ​ Working in hospitality from the age of 14, he saw huge amounts of food being wasted and wanted to see a change. Read more here: https://www.canberratimes.com.au/story/7261637/faith-and-red-bull-the-secrets-to-any-adventure/ 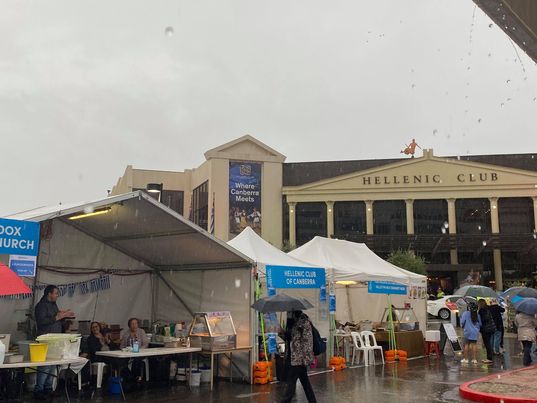 Canberra Hellenic Festival takes over as Multicultural Festival is cancelled

Due to Covid, the Canberra Multicultural Festival was postponed until 2022, leaving many disappointed due to the fact that there would be none of the annual cultural groups being showcased through food, music or dancing this year in Garema place. This year, the Hellenic club of Canberra decided to take matters into their own hands and take over, showcasing 2 days of Greek dancing, music, culture, language, and food with the inclusion of many different other cultures as well. This was Canberra’s chance to have a taste of different cultures, but on a much smaller scale. ​ Despite the rainy weather and cloudy skies, overall, the 2 day event had a total of 3,500 people in attendance to watch the local performers and visit all the multicultural stalls and support the Greek community as well as all the other cultures that participated in events. Read more here: https://www.nowuc.com.au/2021/04/canberra-hellenic-festival-takes-over-as-multicultural-festival-is-cancelled/ It began with two young women who wanted to represent their culture in their sport.The 19-year-old Aboriginal duo, Thalia Uilelea and Oliva Clark, designed Queanbeyan's first Indigenous netball uniform. "It was a long time coming for Queanbeyan to get an Indigenous uniform and it took us a while, but we're so glad that it's happening now," Wiradjuri woman Ms Uilelea said. The two-year process started with Belinda Holmes, a division one netballer who spoke with the Queanbeyan Netball Association after continuously fighting for an Indigenous uniform for years. Read more here: https://www.canberratimes.com.au/story/7263122/new-indigenous-netball-uniform-creates-a-legacy/

Να τα Χιλιάσει! Beloved mother, yiayia and great yiayia Mary Kalenderidis turns 100, claiming the title of Goulburn’s oldest Greek community member. Is it the Mediterranean diet, the garlic, the olive oil, the onions or her strong faith in God? Mary was born on the 10th of February 1920, in Atsiki, Limnos, Greece and last Monday received her letter from the Queen as she finally made it to 100 years old. Her day full of love and reminiscing was spent with 90 guests, as well as the Apollo dancing group from the Canberra Hellenic dancers, who put together a special performance. Read more here: https://greekherald.com.au/community/tgh-exclusive-goulburns-oldest-greek-community-member-turns-100/