This adaptive reuse proposal of the former Commonwealth Bank site and its subsequent transformation into a cultural entity draws from the notion that Canberra is craving further civic cultural activation and thus presents an experimental ‘cultural lantern’ seeking to draw Canberrans towards the Civic Square cultural precinct for enhanced day and night programming. The intention is to create a space which is sympathetic to the original CBA building and existing elevational rhythms and datums of the precinct while still projecting an image which is clearly distinguishable as an experimental cultural entity. A series of layered thresholds within an outer enclosure are formed through positioning of mesh blade walls clad with circulation elements and surrounded by voids. Playing with the filtration of vision through these semi-transparent layers creates the suggestion that something enticing exists beyond the layers while not fully revealing what that is. Within this system lies a suspended marble experimental performance space which should be lit-up from within where a system of translucent marble sheets will catch and disperse a glowing light out beyond the extents of the building. The proposal includes supporting cultural experiences, an art-bar, and events spaces to round out this contribution to Canberra’s civic cultural realm. Sections + elevations demonstrating integrated design strategy while also illustrating elevational rhythms and datums of the precinct – as expressed on the Legislative Assembly, Canberra Museum and Gallery, original articulations of Civic Square, and Ethos House. 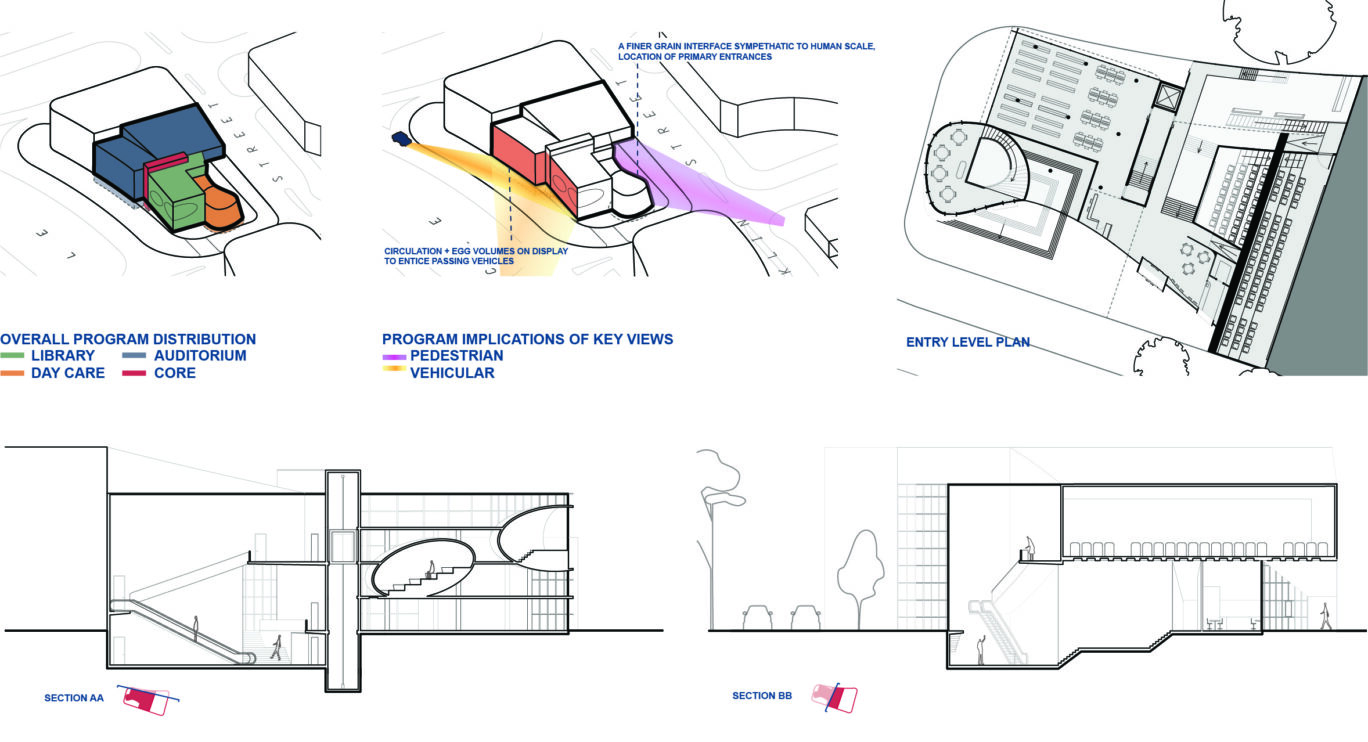 The objective was to develop a Public Library located on the Shell Service Station site in Manuka, facing the old Capitol Theatre site. This hybrid building was to also include a small daycare center and an auditorium/cinema with associated amenities. The proposal responds to the project's public location and elements of civic architecture such as scale, urban connectivity, and consideration for the implications of vehicular vs pedestrian activity. 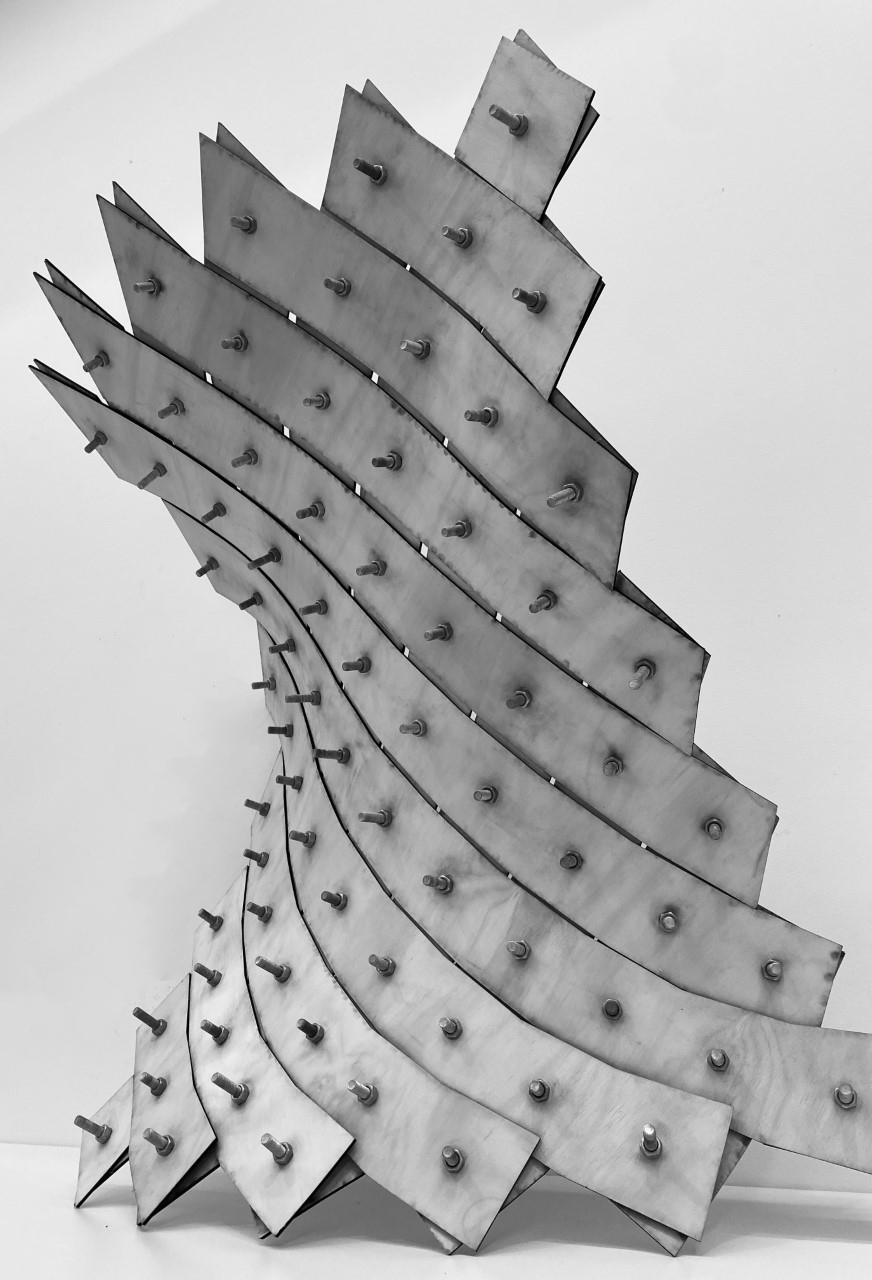 With our assigned material processing technique - bending - we set out to challenge typical applications of timber in architecture by drawing from techniques associated with traditional timber boat making. Our aim was to design a self supporting and self forming curved timber surface. Using digital modeling techniques (Rhino 7, Grasshopper, Weaverbird, Kangaroo) we divided our pavilion form into two-way stripes running perpendicular to each other and proceeded to ‘unroll’ them into flat shapes that we were able to laser cut from plywood and assemble according to predetermined bolt connection points. The two-way stripes are able to hold the designed curvature through the meeting of the digitally designed connection points which eliminates the necessity of formwork to create the bending moments - a principle we took from research into other moldless bending techniques in particular ‘zip shape’ bending. This project was a really enjoyable opportunity to get hands on and make 1:1 scale components. Animation [below] is currently being exhibited as part of CTRL.ALT.DESIGN in the DesignCanberra Festival 2022. The animation articulates how the individual stripes extracted from our 3D model come together to form the whole form. [project in collaboration with Henry Eklund]